The idea of a cult film is quite interesting – it’s basically a film that didn’t perform particularly well at the box office, and yet as a result of DVD’s, TV screening and not exactly legal downloads, a whole new audience has discovered the film in the years since it graced the inside of a multiplex. There’s a much loved cult film by the name of Napoleon Dynamite, which depicts the daily weirdness and struggles of being a nerd in the American Midwest, without really knowing that you’re a nerd. In the movie, our loveable and yet ever so slightly creepy hero tells his friend that girls only want boyfriends with skills, “nun chuck skills; bow hunting skills; computer hacking skills,” because of course, every modern female demands these abilities in a potential partner. 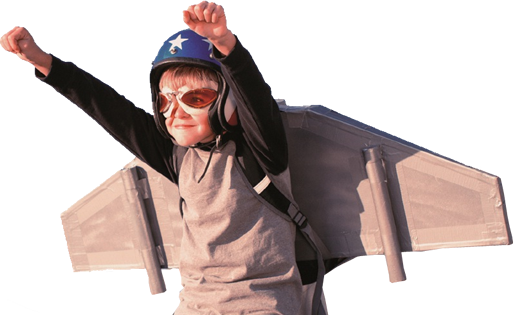 We all have different skill levels, and someone who can effortlessly produce a five course French feast might be totally unable to work out 27% of 130 without a calculator… and even then, it’s not always so simple for some people.  There are some skills that are said to be necessary if you want to be successful, and while there is some truth to this, it’s kind of a broad statement. In general, the skills we’re going to look at will help anyone find success, but since “success” is different for everyone, the way that you use this information will probably be as individual as you are.

1.  The Power of Communication

There’s the old Seinfeld joke about a study showing that public speaking is the number one fear for Americans, with death being number two. So, as Seinfeld says, you’re better off in the coffin than being the person who speaks at the funeral. Being a skilled orator is a vital life skill – whether you need to inform, motivate or persuade someone. There are Toastmasters and other community groups that help with public speaking and communication, so it might be worthwhile to look them up. And also – don’t forget to listen!

2.  Critical Analysis of a Situation and Problem Solving

It’s all about taking a step back. Have you ever noticed that you might be good at helping a friend or family member with their problems while your own life is in shambles? Take a step back and look at the problem as an outsider, one who doesn’t have a vested interest in the outcome. This might add some clarity to the situation and allow you to solve the problem in a manner that might not have occurred to you before.

3.  Selling Snow to the Eskimo

Ah, that saying about salespeople who are so good that they can sell snow to the Eskimos – which is difficult to explain to children who might not understand why an Eskimo would need to pay for it. Sales skills are so amazingly helpful, and of course you’re probably not selling an actual product or service, but often selling an opinion, a point of view, or a plan of action.

“Curiosity killed the cat” is quite possibly one of the most annoying things you can say to another person. Sure, the idea behind the sentence has merits when you’re trying to convince a toddler to not jam their fingers into an electrical socket, but in 99% of situations, curiosity is a blessing. Learn as much as you can and take an interest in the professional and personal world around you. Knowledge is power  Write On!

This relates to the previous points about communication, but since so much of our communication now takes place via an electronic medium, it’s extremely helpful to be able to express yourself using the written (or at least, the typed) word. Don’t be tempted by the informality of it, and pay attention to things like spelling and grammar. They’re arguably less important than they used to be, but they’re still important and people might judge you if you choose not to learn the difference between “there,” “they’re,” and “their.”

6.  Socializing and Networking (But Not Only Social Networking)

Much as with #5, a huge amount of social interaction is via social networking on Facebook, Twitter, Snapchat, and whatever other Internet fads have caught on by the time this article is published. Move away from the virtual world and interact with colleagues and contacts in real life, and in real time. If someone suggests discussing something via Skype, suggest a coffee instead. This change in vibe can have extremely positive implications.

We might think we spend a lot of time “researching” each day, and while Googling a new positive thought for the day can have certain benefits, looking up Justin Bieber music videos generally doesn’t. Warren Buffett, the billionaire investment genius spends the vast majority of his working day reading and researching – learning the nuts and bolts about what he’s working on and then moving on to reading as much of the supplementary material as possible. It’s all about giving yourself as wide an understanding of the topic as possible.

A disposable income can be nice (OK, it can be very nice), but if you’re the sort of person who calculates the number of hours they’re working for the next week and then works out if they can afford those awesome shoes as well as rent and food, then you might need to learn a few financial tricks. Being broke is about the worst thing in the world, and it can severely kill your motivation. Implement a balanced budget and learn to save, while still allocating funds for a few treats. Budgeting really isn’t so difficult, and it’s hardly a secret – it’s just that many of us haven’t bothered to try.

Maybe the happiest people in the world are those without stress, so maybe we should become hippies or move to a deserted island. Or maybe we should learn to cope with stress while still enjoying a career and a comfortable income. Explore those things that relax you, and remember than numbing yourself isn’t the same as true relaxation, so please don’t explore alcohol and drugs. It might be meditation, it might be a book, it might be throwing things at pigeons – it’s absolutely vital to learn how to relax and simply switch off from the pressures in life.

You should strive to have a positive thought for the day, each day when you leave the house. This can be an inspirational quote; it can be a motivational song, whether it’s Lady Gaga or The Rolling Stones. Think about what you want to achieve and how great it will feel when you get there. It’s important to believe you can be successful, in whichever way you define the term.